Trials And Tribulations That Led Me To Where I Am Today

Even though that might sound impressive, in order to get to know each other better, I should back up a bit.

Hello everyone and welcome to my story.

As you will see in these lines, my goal is not only to talk about myself and my personal journey – although it is quite relevant for my main point, and that is – you CAN do it.

Instead, take it as a brief history lesson about a guy who – at numerous points – thought he would be stuck in an unfulfilling job forever, but decided to take things into his own hands and build a life for himself through hard work and dedication.

So, without further ado, let’s dive right in and see how I became Vince Perri, the Commercial Claims Advocate.

Where it all began

When all of this started, I was actually a tennis instructor.

A broke tennis instructor to be precise. 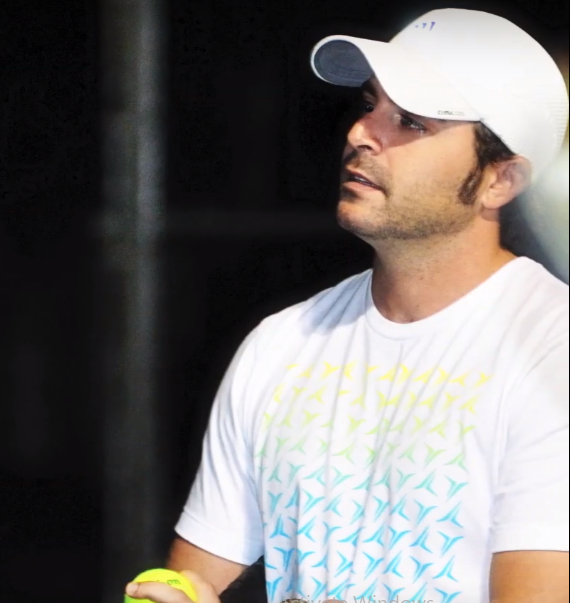 Things weren’t looking too great. I was only working a few hours a day earning literally next to nothing. Add to that the fact that I was working all of those hours outside in the sun, and you’ll get the picture.

What was even more “fun” is that I was literally earning $0 when it rained, so things were really not looking too great.

During summer, I worked summer camp which means I was teaching tennis to kids, every day from 8 am to 4 pm. During school, my schedule changed a bit and I was teaching ladies in the morning, rushed off home for lunch then back to my job to teach kids.

Basically, I was working from early morning to somewhere around 8 – 9 pm.

Needless to say, this was certainly not the job I intended to have for the rest of my life.

An interesting thing is that I was never really my dream to become a tennis instructor. Actually, my dream was to become a sports agent. That’s why I studied Sports Management as my major in college, and eventually graduated with a Bachelor of Science in Sport Management.

The job of a tennis instructor was great during my college years and early twenties, but it definitely wasn’t a career that would sustain me later in life. That’s why I tried my luck at becoming a sports agent. I applied for a few law schools, took the LSAT, got a bad grade, and was back to square one.

But life has a funny way of helping you get up once it kicks you down.

Right around the time I made my peace with the fact that I wasn’t going to be a sports agent, I took on a new client at the tennis center. This student signed up for 2 private lessons in the morning – each lesson costing $75 – and 2 private lessons for his kids in the evening. That’s four private lessons per week = $300 per wk and $1,200 per month for tennis lessons!

What I found interesting was that he brought his kids to the evening lessons, so I couldn’t help but wonder what he did for a living that could afford him the time and the money for these tennis lessons.

The road to… somewhere

My curiosity got the best of me and I ended up asking the guy how he can afford not only the lessons but enough free time to do the things he likes and spend time with his family. That’s when I learned about the world of public adjusters.

Since I no idea what a public adjuster was or what they did, I went home and started doing some research. After a couple of Google searches, I came across a blog that made an interesting parallel between sports agents and public adjusters! Who knew?!

Basically, there wasn’t a tremendous difference between the two, as they explained it.

Both sports agents and public adjusters are hired by a client to negotiate a deal on their behalf with an insurance company or a sports team, and both of them get a certain percentage out of the negotiation.

Since this blog post managed to merge something I had extreme interest in, with something I knew nothing about, it was quite an interesting read that motivated me to start thinking in a new direction.

The birth of a new dream

Not wanting to sound too cliché, I’ll just allow myself to say this – once I learned more about the world of PAs I decided to dive right in, and the rest was history.

My biggest goal in life was to become entirely independent. I didn’t want to have to work for a boss – I wanted to be my own boss. Didn’t want to answer to anybody and have to come to the office at a certain time or have a predetermined schedule. Instead, I wanted to be the one in charge of all of it.

Reaching financial freedom that will enable me to spend time with my family and friends was my ultimate goal. And I decided to make my first step on the road that will eventually lead me to that goal.

Then join more then 250 public adjusters and business owners in the industry that get my weekly tips via email.

While thinking about ways I could embark on this new journey, I decided to consult my student about which course of action I should take next. He advised me that, if I wanted to become a PA, the best route would be to get a job on the inside, meaning to start working for an insurance company.

Of course, at this point, I was open to any tips that will help me move forward. I went and got my 5-20 license and applied to more than 20 insurance companies and independent firms. Getting the license took only about a few weekends, but it took me a couple of months to fill out applications and apply to all the different insurance companies.

To my surprise, two months went by and I still not a single positive response.

Since – obviously – nothing was going according to plan, I thought that this was yet another strike. And just when I started losing all hope, I received a call from State Farm Insurance company. They wanted me to come in for a final interview. I did, and ended up landing my first job as a claims adjuster – an Auto Claims Adjuster to be exact. I worked for them for about a year and a half.

Even though this job seemed quite appealing and offered all of the benefits and perks of having a “real job” – regular salary, retirement and stability – I found myself wondering if this was really something I wanted to do for the rest of my life.

Needless to say, the short answer was NO.

Simply put, spending time in a cubicle office every day from 9 to 5 wasn’t really in tune with my dream goal of becoming completely independent.

A twist on the journey

A detail that I’ve purposefully left out earlier in the story is that my client – the one who advised me and helped me get started – told me to contact him once I gathered some experience and was ready to go.

Once I did that, he offered me a job at his firm.

For 12 months I was now working for my former client and finishing my apprenticeship. The job was quite fulfilling. However, after my 12 months passed, I was asked to sign a non-compete agreement.

To anyone out there who knows a thing or two about non-competes, it will become quite clear why that certainly wasn’t something that would be good for me in the long run.

That’s why I consulted with a few lawyers about the contract and all of them advised me against signing it.

As I made it clear to my boss that signing the contract was not something I was willing to do, I was – of course – let go sooner than I anticipated.

Unexpected punch in the gut

Even though I was let go, I still had the right to a certain commission. According to my personal calculations, I was owed around $30,000 based on my currently opened and closed claims that already reached well over 100. But to my surprise, I was explained that due to my draws and “fees” I will actually be leaving the company with $0 in my pockets.

I couldn’t help but think to myself that this is precisely why I want to become my own boss. So that nobody could play around with MY financial future.

After discussing my – at the time – current situation with a friend, he referred me to another firm.

Good things come to those who are persistent

This new place I started working was the polar opposite of everything I’ve ever done before.

My new boss was not only fair and paid me on the spot for everything I did – he actually became my mentor.

The percentage I was now making was double the one I was making before, plus the new boss and I became more than just colleagues – we became friends.

After about 5 to 6 years, I realized that things were finally going my way. I managed to reach the financial freedom I was dreaming of and managed to build my own network of satisfied clients. And even though networking was still very important, I no longer depended on it.

As I managed to build a successful business and stellar reputation for myself, referrals started pouring in left and right.

Do you wanna find out how much money you can make as a Public Adjuster? Then watch the video I’ve recently made.

Where I stand now

Finally, after such a turbulent journey I can safely say that I’ve made it! I’ve got the financial freedom I always wanted, plus I’ve backpacked across Southeast Asia and South America, and currently an active member of a non-profit organization helping an orphanage in Kenya!

Nowadays, not only am I living the life I always wanted, but I also get to enjoy some other benefits I’ve never dreamed of.

This job enabled me to have my voice heard and share my experience with others.

It allowed me to create the Commercial Claims Advocate where I can share with others step-by-step courses that will help them get to where I am today.

My ultimate goal now is to help, consult, teach and motivate you to reach your goals and be there with you each step of the way.

It’s time to take full control of your claims. Of your business. Of your life.

A community can help you get there faster. It can offer support during these tough times. Inspiration. Guidance.

Together, we can get you to where you want to be.

What are you waiting for?

The Most Valuable Event for Public Adjusters – Overview of Advocates United 2022
December 2, 2022

How to Grow Your Public Adjusting Firm Amidst Hurricane Ian Claims
November 18, 2022

How to Deal With the Desk Adjuster and Set the Claim Up for Success
November 11, 2022

Track These 5 Numbers to Grow Your Public Adjusting Firm
November 4, 2022